The Swiss registry, which celebrated its 30th anniversary in 2018, listed nearly 130 000 persons at the year’s end. With the introduction of a new recruitment strategy, the organisation has set its course for the future.

In 1988, when Switzerland’s first transplant of blood stem cells from an unrelated donor was performed and the Swiss registry was founded, very few people could have imagined the enormous advances in medicine that were to follow.

The past years have brought rapid growth in this area, not just in Switzerland but for registries around the world too. 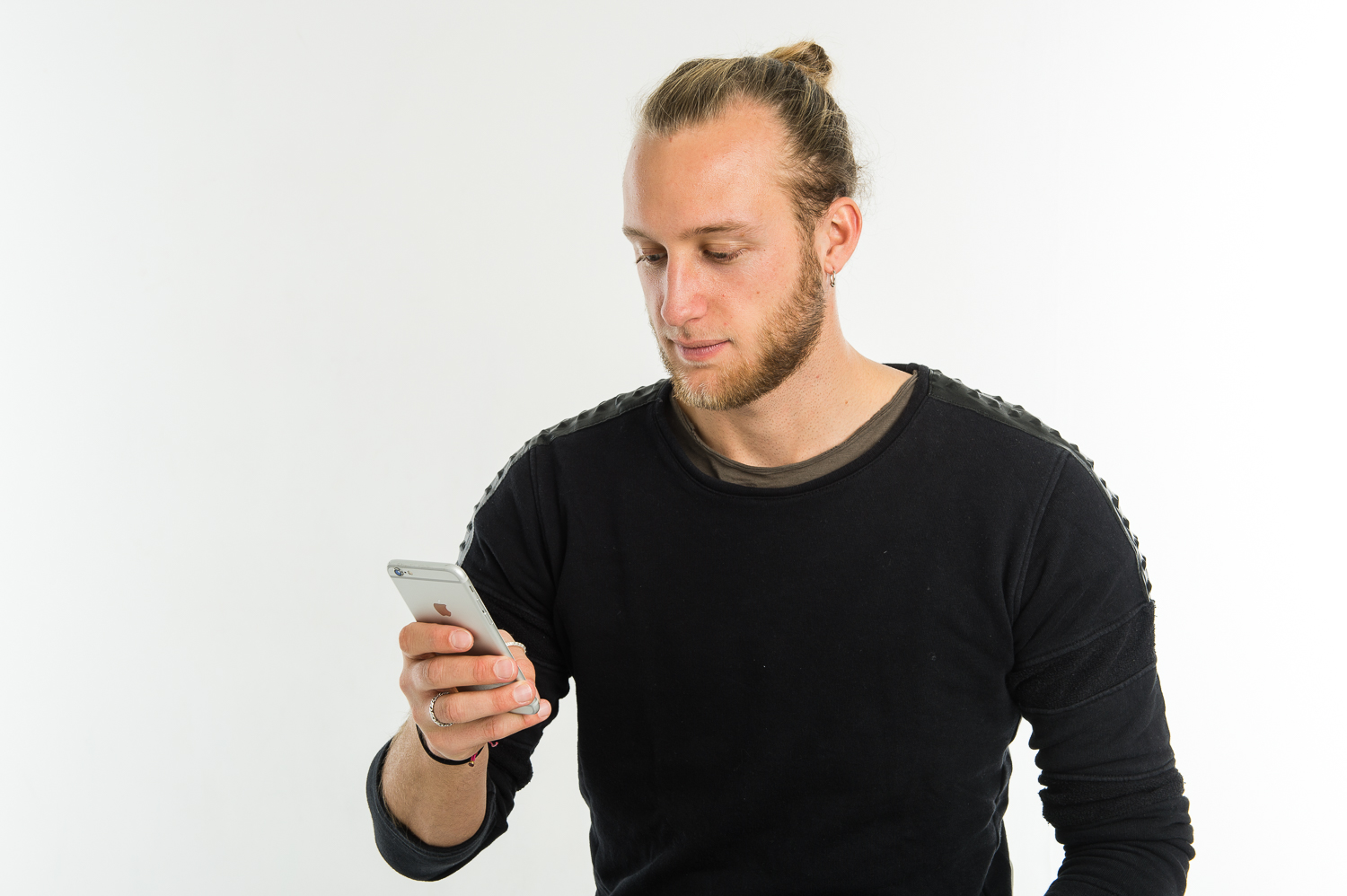 The online form was used for 66.3 per cent of all new registrations (2017: 62.1 per cent). The increased use can be traced to outreach campaigns on social media. Online registrations simplify the administrative procedures and reduce costs. Analyses have shown that they are also associated with a higher rate of availability when a request for a donation is made.

Whereas for many years the main priority around the world was to register as many blood stem cell donors as possible, the focus is now shifting to specific donor criteria. For instance, studies suggesting that transplant material from young donors is associated with better chances of recovery have been confirmed. Moreover, every second unrelated blood stem cell donation made in Switzerland was made by a man.

In view of all this, Swiss Transfusion SRC conducted a review of its recruitment strategy, in consultation with national and international experts, in 2017 and 2018. It aims to continue offering a high-quality registry in the future, one that meets the changing needs of transplanting doctors and can provide the right donation for every patient.

Specifically, Swiss Transfusion SRC decided to modify its donor profile and lower the age limit at the time of registration from the current 55 to 40. Another objective is to address the underrepresentation of men in the Swiss registry by increasing their percentage from the current 36 per cent to 50 per cent. A comprehensive donor retention programme and a number of different ways for everyone to get involved should help maintain an active relationship with donors listed in the registry for many years. The goal is for registered donors to continue to feel a connection with the cause of blood stem cell donation and to be available to donate if a request comes in. Online registrations contribute to this as well, so they will be encouraged.

In addition, more detailed typing of tissue markers as well as the extension of other parameters will be introduced so as to provide a sophisticated basis for decision-making by transplanting doctors at an early stage. Swiss Transfusion SRC is also planning to improve its cost structure and expand its fundraising activities, since no funds for new registrations are provided within the framework of our mandate from the Swiss government.

The new recruitment strategy is scheduled for implementation from 2020, preparations will be continuing throughout 2019. The new upper age limit is scheduled to go into effect on 1 April 2020.

For new registrations to occur at all, it is necessary to engender an awareness of blood stem cell donation in the broader public, and especially among younger people, who are particularly well suited to be donors. This latter consideration was behind the one-year awareness-raising campaign in the recruitment centres of the Swiss Armed Forces, which came to an end in 2018. In the course of this campaign, around 40 000 young men were informed about blood stem cell donation. New activities have been underway since late 2018, in the form of informational events associated with registration drives held at military academies.

Students are the target audience of the numerous awareness-raising and registration drives being carried out by the student association Marrow at universities all over Switzerland. Marrow acts as a partner of Swiss Transfusion SRC and its members are able to make a credible case for concerns related to blood stem cell donation among people of their own age. 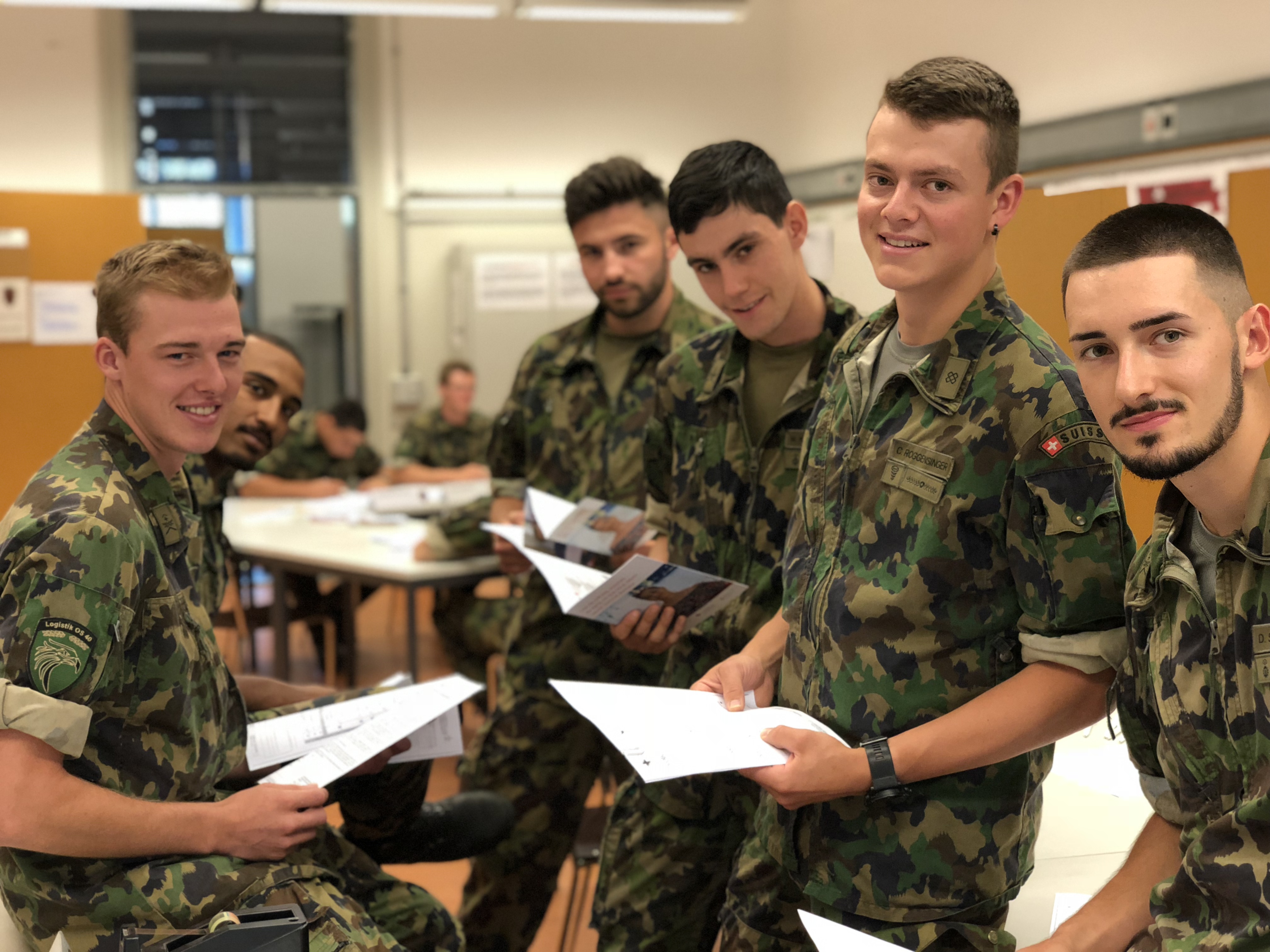 Along with the events held in various locations throughout Switzerland, online media play an important role when it comes to reaching young people. One focus in 2018 involved the optimisation of the online registration form for mobile devices, which the majority of people use to access the site. Another was our first social media campaign, whose impact was apparent in the rising number of online registrations by young people.

These campaigns are based on Swiss Transfusion SRC’s Instagram and Facebook pages. They post key figures, but also stories of young patients and donors, and of people who are especially active on behalf of blood stem cell donation. In 2018, Swiss Transfusion SRC intensified activity on its Instagram channel, which targets the 18–30 age group; by the end of the year it was reaching over 1100 subscribers. Swiss Transfusion SRC also counted almost 8000 fans (2017: 7000) on Facebook, which is aimed at a wider audience, including the over thirties. These fans feel a strong connection with blood stem cell donation and can be mobilised very effectively as ambassadors, for appeals on behalf of patients, for instance.

Providing information to the broader public remains equally important, both with a view to fundraising activities and for other reasons. Various channels were used for this in 2018, such as our presence in specialist and popular media and through public events like the national “Tag der Tat”. The latter was held for the fifth time, coinciding with World Marrow Donor Day on 15 September.

Numerous groups of volunteers provided information to the public at stands set up for the purpose. Swiss Transfusion SRC held a registration drive in Bern itself for the first time. A total of 750 new registrations can be traced to the activities associated with the “Tag der Tat”; there were numerous reports in the media devoted to blood stem cell donation on and around the day.

A great deal of time can pass before a request to make an actual donation is received, if at all. This makes it all the more important to maintain regular contacts with registered donors. Starting in 2018, newly registering donors receive a welcome newsletter in addition to the “Together” magazine, which keeps them up to date about blood stem cell donation and comes in the mail twice a year. 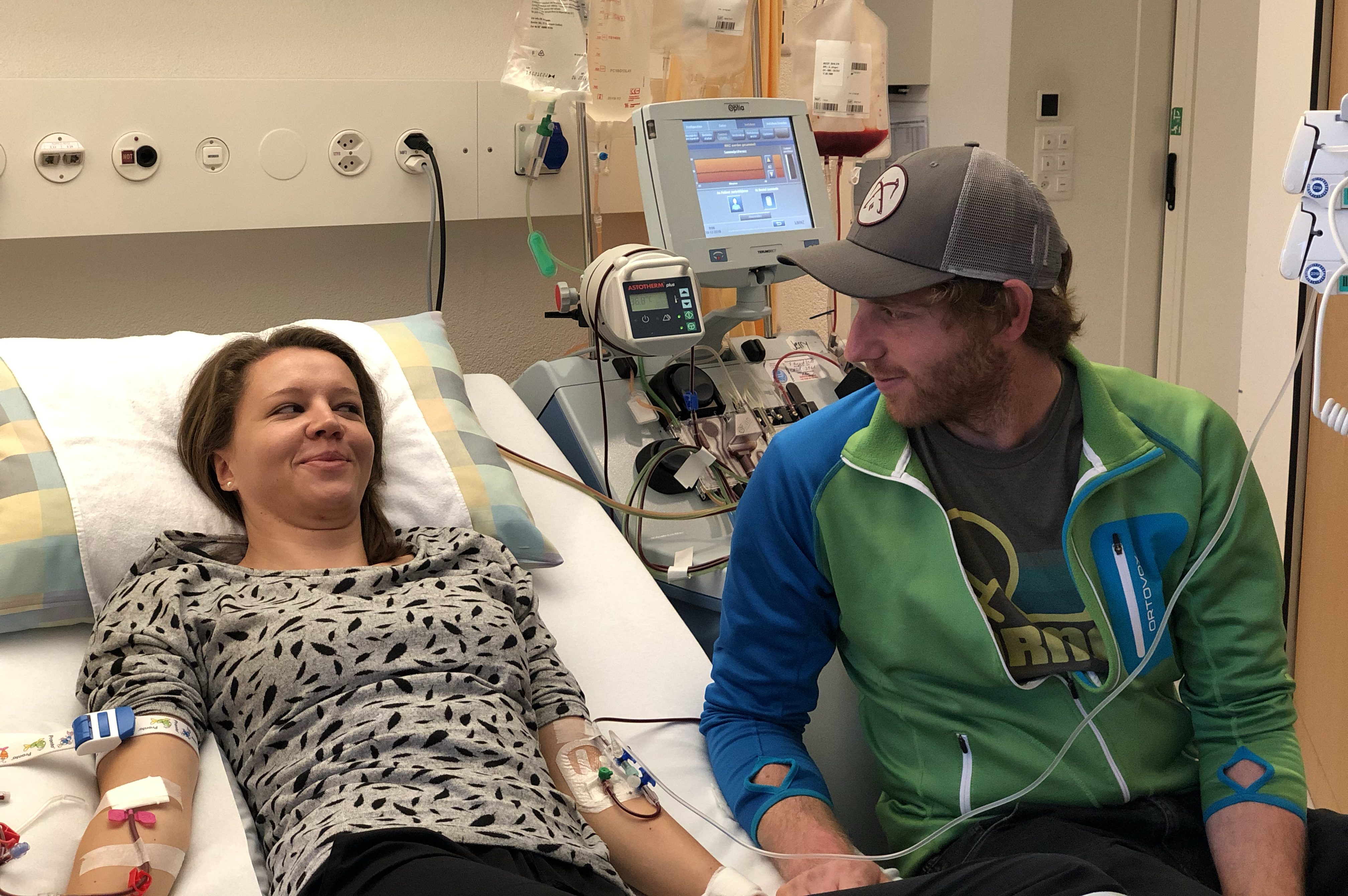 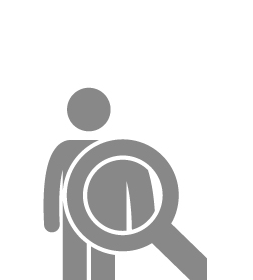 The Swiss Transplantation Act (Transplantationsgesetz) of 1 July 2007 requires that the health status of all persons who donate blood stem cells (related and unrelated donors) in Switzerland be monitored (follow-up). This has been a responsibility of Swiss Blood Stem Cells, or Swiss Transfusion SRC, right from the start, and it has had a mandate to perform this work from the Federal Office of Public Health since November of 2017. The follow-up data for each donor is entered, in pseudonymised form, into the European database of the European Society for Blood and Marrow Transplantation (EBMT).

In 2018, Swiss Transfusion SRC conducted an analysis of the prospectively collected data for the period from 1 July 2007 until 30 June 2017 (“10 Jahre prospektives Spender-Follow-up in der Schweiz”). It evaluated the characteristics of related and unrelated donors with respect to age, sex, type of donation, number of donations and pre-existing medical problems as well as the severity and frequency of side effects. The results will be published in 2019.

A pilot project related to hybrid banking was continued. Its aim is to give mothers the option of hybrid banking in addition to public and private banking options. With hybrid banking, the cord blood is deposited privately and at the same time made available to the public donor registries. Operative implementation of this pilot project is scheduled for 2019, subject to state approval.